‘VICTORY LAP,’ FINAL PROJECT FROM KJ-52, IS OUT TODAY 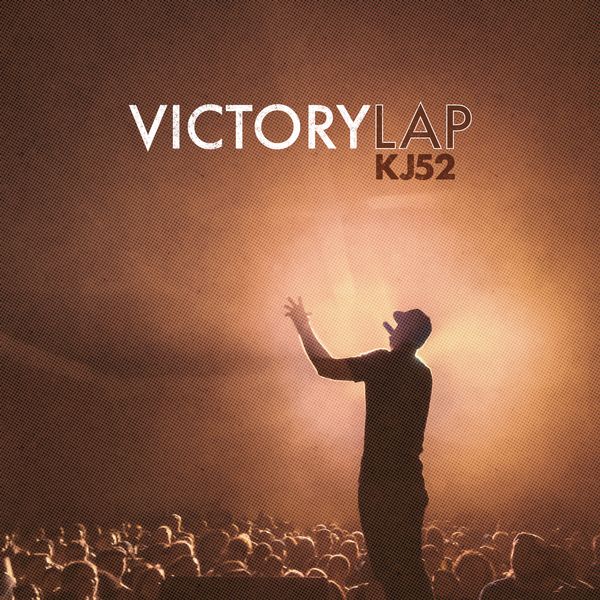 January 10, 2020 (Springdale, Ark.) – “Victory Lap,” a final project by multiple Dove Award rapper KJ-52, is out today. The album brings to a close a multi-decade, landmark career by the Christian hip hop artist. A companion book project is set to be released in the coming weeks.

Though KJ-52 cites reasons for retiring that range from family to financial, the musical pioneer also vows to never leave music.

“It’s the same thing about this genre that spoke to me when I was 15 and barely saved… I was trying to figure out what it meant to be a hip hop kid and a Christian and someone slipped me a tape and said ‘listen to this.’ All of a sudden those CHH rappers on the other side of the headphones made me feel like I had a place and that I fit in. I will never stop being a part of this movement because someone out there right now is just like me in 1990,” KJ-52 says. “I might retire KJ-52 but I’ll never retire the music.

“Hip hop needs the voice of the veterans to help guide the younger generation… people need to hear what it’s like to grow old gracefully in hip hop,” he says. “We need to hear what life looks like as you mature in your self, relationships with others and in your walk with Jesus.”

“Victory Lap,” the album, is available in physical and digital formats at KJ52.com, as well as digital retailers, including iTunes, Spotify, Apple Music and all other digital formats.

Alongside the announcement of his final KJ-52 release, the entertainer, whose given name is Jonah Sorrentino, also announced that he has taken a position with Christian Life Fellowship in Cape Coral, Florida.