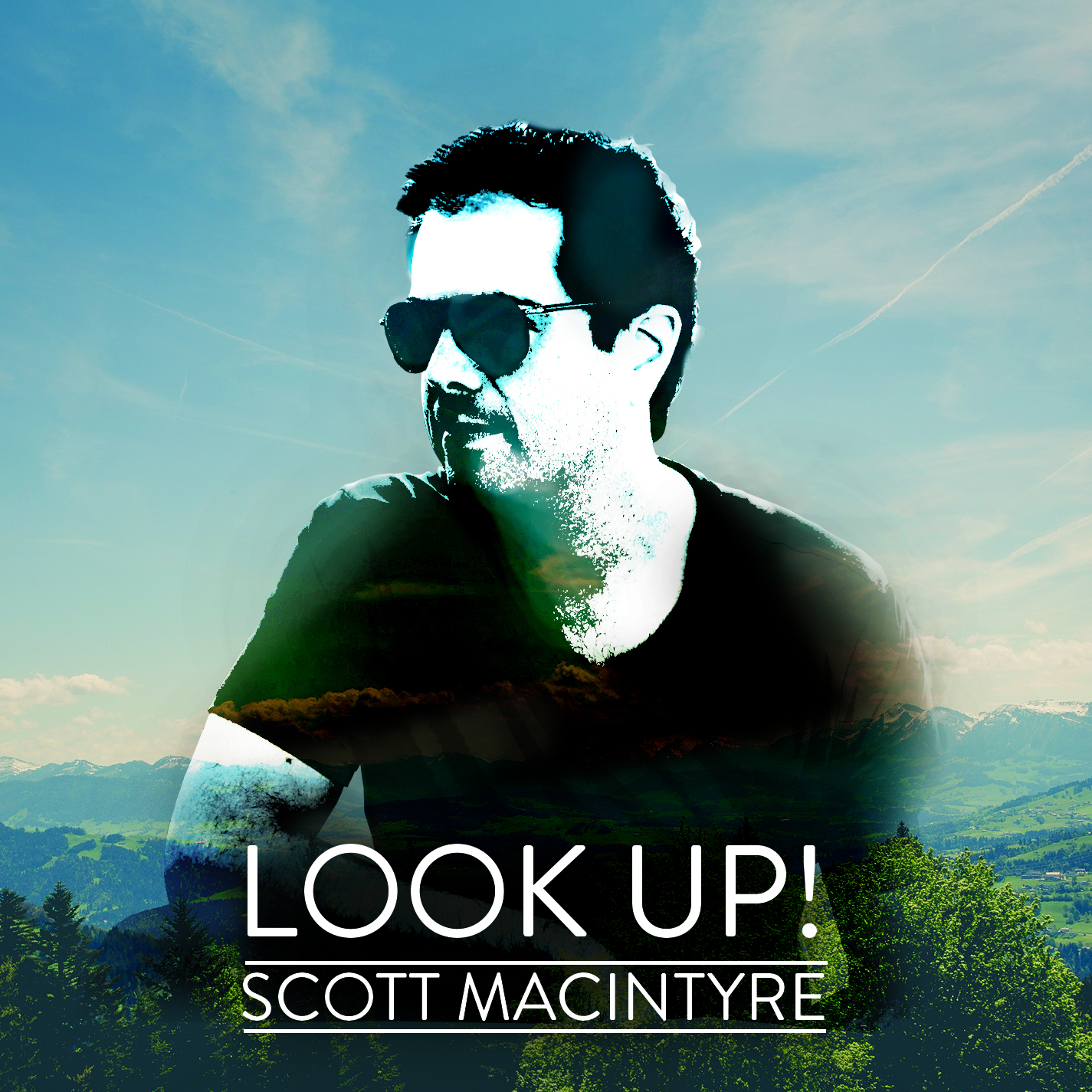 January 23, 2018 (Nashville, Tennessee) – Scott MacIntyre is releasing a new single “Look Up!” to Christian radio today. The single is being shipped to Christian INSPO/Soft AC and Christian AC-formatted stations and is the first of a number of new songs that will comprise MacIntyre’s next album planned for release in 2018.

Co-written with Ben Calhoun of Citizen Way, “Look Up!” encourages listeners to look beyond the mountains and valleys of life to see a God who is sovereign in every situation.

“When I focus on Christ, everything else going on in my life is put into perspective. I realize He is greater than any challenge I could ever face, and my fear melts away,” says MacIntyre.

Blind from birth and a two-time kidney transplant recipient, MacIntyre knows what it means to trust God’s plan in the midst of adversity. He was first diagnosed with stage-four kidney failure at nineteen years old, and after becoming extremely ill, he began emergency dialysis.

“The hardest thing for me was not having enough strength to play the piano and sing anymore,” MacIntyre continues. “It felt like my dreams were dying, but still I held on to hope.”

After a year on dialysis, his college piano teacher’s wife donated her kidney to MacIntyre and saved his life. It was less than a year later that he auditioned for American Idol.

“Without that gift of life, I never would have been on American Idol, married my wife Christina, or been able to share my story with others. It was a very humbling experience to say the least,” says MacIntyre.

That kidney transplant lasted for eight years, then in September 2014, MacIntyre was put back on the transplant waiting list for a deceased-donor kidney. Several months later, an anonymous living donor stepped forward and offered to undergo compatibility testing after hearing about MacIntyre’s need on the radio.

In June 2015, MacIntyre underwent his second successful kidney transplant and has since made a full recovery. The following year, he and his wife Christina welcomed their first baby into the world – Christian Scott MacIntyre, born September of 2016.

“When I was in kidney failure, we couldn’t have kids. So, when my donor gave me the gift of life she not only saved my life but also allowed us to create a new life,” MacIntyre says.

Their story is recounted in the new documentary film, I Am Hope: Scott MacIntyre’s Inspirational Transplant Journey, now streaming on Pure Flix. The trailer can be seen on YouTube.