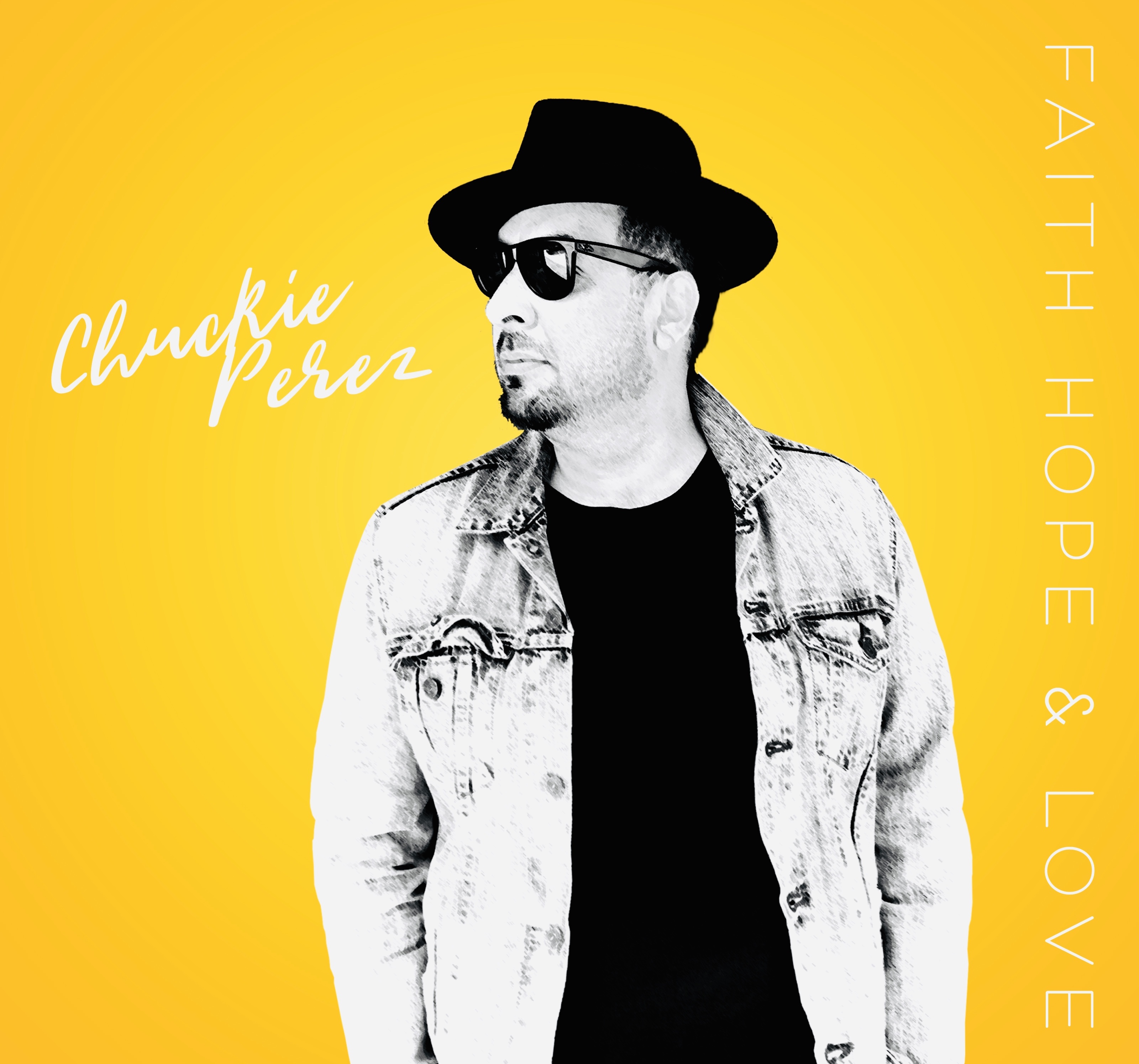 October 25, 2019 (Springdale, Arkansas) – “Faith Hope and Love,” the first album of new music in more than a decade from the multi-talented Chuckie Perez (aka Chuckie P.), is being released today. In the midst of writing, producing and hosting the popular “The Chuckie Perez Show” and pastoring a church in Southern California, Perez has been writing music for the new project.

“’Faith Hope and Love’ is an album of songs that tells the story of my life journey,” Perez says, noting that the project’s release date coincides with the 29th anniversary of his first release, “Do You Have a Problem with That?”

The 11-song album will be available on all digital retailers, including iTunes, Spotify and Google Play.

Lew Laing Jr. and John Andrew Shreiner joined Perez to produce “Faith Hope and Love,” with Greg Leonti lending his talent on the club remixes. Perez wrote all but one of the songs on the project, which is a collection of pop-driven and R&B-flavored songs.

“It’s On,” co-written by Perez and Laing, is a comeback fighting anthem to remind the listener that while the devil may try to stop you and your purpose, those efforts are thwarted, because Jesus is all powerful.

The song “My Heart” speaks of the unconditional love that God has for each one of us. The song, “You Reign,” delivers a powerful message of God’s authority over every situation, as evidenced by the line, “In spite of life’s madness, in all circumstances, no matter what happens, Jesus, You Reign.”

The track “Waiting for You” gathers Perez’s friends Bryan Duncan (GMA Hall of Fame recipient), Marantha Music great Alfie Silas and phenomenal R&B vocalist Makeda, along with the Loveland Choir under the direction of Valerie Singleton Evans, in a song that cries out for the Prince of Peace to return to heal our broken and suffering world.

The album also includes electrifying remixes of “It’s On” and “In This Love,” which were produced with Leonti.

“In This Love” was co-written by Christian music industry veteran Phil Sillas, along with Stephanie Lewis.

“I’ve known and worked with Phil in the past, so I knew he would bring something special to the project,” says Perez of Sillas, who has worked with David Foster and numerous Grammy and Dove Award winners.

The complete track list for “Faith Hope and Love” follows:

The new album is being released while “The Chuckie Perez Show” is in full production of its third season. This season, “The Chuckie Perez Show,” currently available in 120 million households on JUCE TV, TBN Africa, Uplift TV, Brio TV, and Parable TV, is expanding into 16 million additional homes through Spectrum Cable.