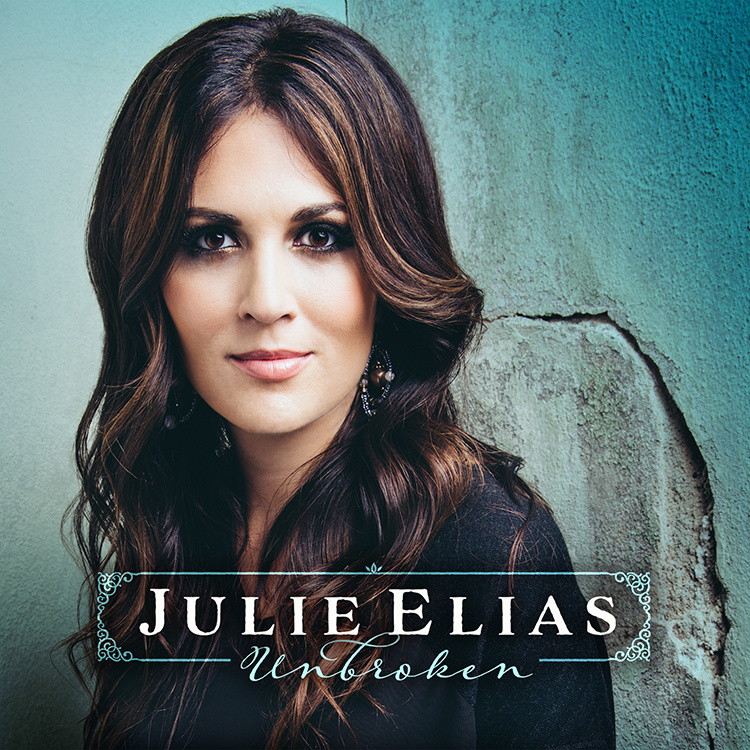 September 11, 2015 (Nashville, Tenn.) – Christian entertainer Julie Elias releases her new CD, “Unbroken,” today. The upbeat, high energy collection of original songs features “Home,” the first single from the CD which currently is being played at Christian INSPO/Soft AC and Christian AC-formatted radio stations. The CD release coincides with Elias performing at the Experience Conference and other events in Orlando, Florida, this week.

“Performing at the Experience Conference on the day of my CD release is such a blessing,” Elias says. “I’m excited about all of the young people who will be at the event, because I created this CD to have a special connection to teen girls and as a companion piece to my Aurora Conferences, day-long events that focus on building self-esteem among girls in grades six through 12,” Elias says. “But while the songs on the album are about topics teens face daily, these issues are not limited to just teenagers! My prayer is that the music on ‘Unbroken’ will touch people of all ages. The overall theme is that no matter what happens, it is well, we are all in good hands. We are all unbroken.”

Elias, whose influences include Sara Bareilles, Kelly Clarkson, Carrie Underwood and Francesca Battistelli, wrote the majority of the songs on the CD.

Topics for the songs on the CD range from bullying to romantic relationships to consequences, all aimed at connecting to issues facing young people.

“Home,” the first single, focuses on how good it feels to go home after a busy day at school or work, or come home from college at the end of a long semester.

“Sometimes though, we can’t physically make it home but that doesn’t mean we can’t experience that same comfort,” Elias says. “Running to God and feeling refreshed by Him can happen whenever we can step away and trust Him with the chaos in our life.”

Elias has included two special selections on the 12-track CD. “The Love of the Lord Endures” is Elias’ rendition of a beloved Joy Williams song that Elias sang in church as a teenager.  The other bonus track on the CD is titled “It Is Well,” a worship song by Bethel that ties into Elias’ favorite hymn of the same name.

Elias is set to tour throughout the Fall in support of her new CD, as well as lead Aurora Conferences, a day-long event blending drama, music and special speakers developed by the former “Grey’s Anatomy” actress especially for girls in grades 6-12 and their mothers.

Within months, Elias was writing and recording her first album, “A Wild Rose,” and singing at the Experience Conference in Orlando. In the past few years, she has released a Christmas album, fronted her own Christmas tours, sang at major Christian festivals and conferences, and worshipped with many churches throughout North America. In August 2014, Elias released a worship album titled “Love Rain Down” featuring upbeat, energetic worship songs that Elias has performed at student events throughout the nation. Elias founded Aurora Ministries, a 501(c)3 that produces the Aurora Conferences, last year.