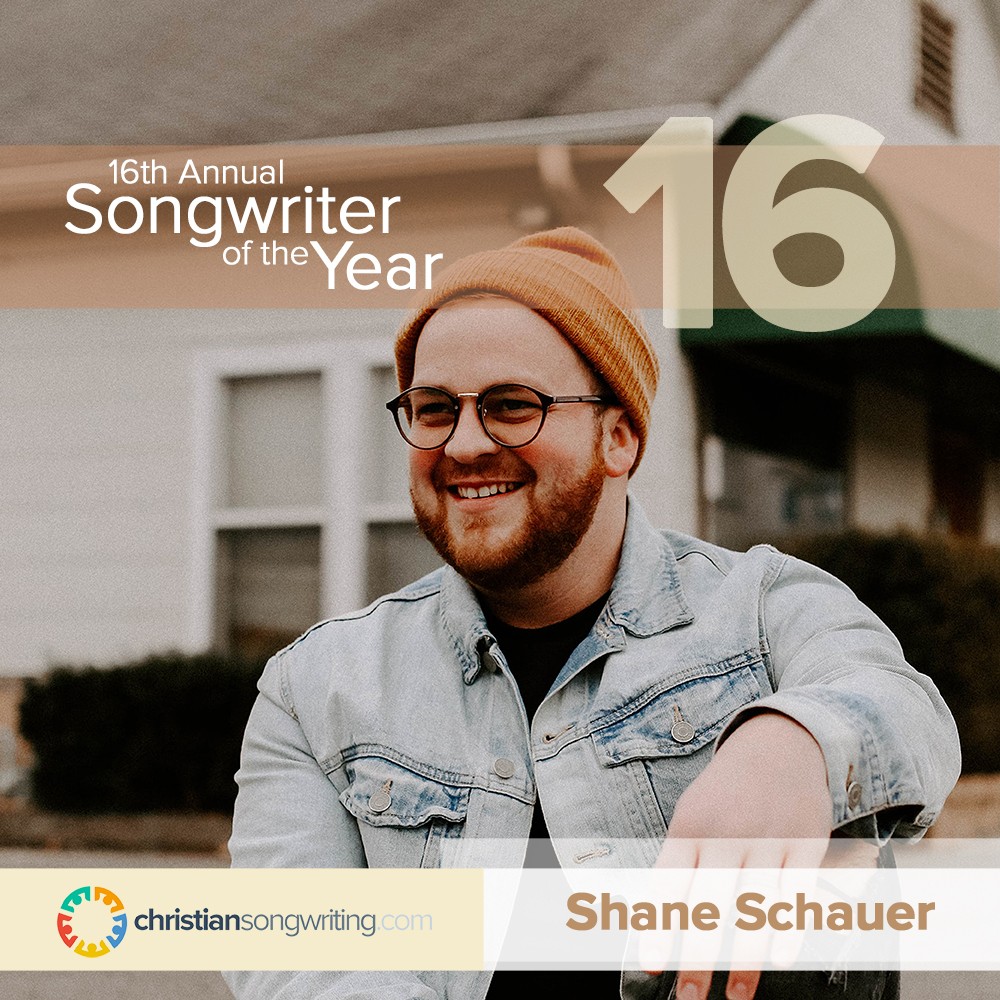 April 22, 2019 (Springdale, Arkansas) – Shane Schauer, a singer/songwriter and worship leader from Fayetteville, Arkansas, has been selected Songwriter of the Year of the 16th annual ChristianSongwriting.com competition. The contest, sponsored by CM United, is the longest-running Christian songwriting contest in existence.

Schauer earned the honor for his song, “All To You.”

The son of a worship leader, Schauer has been involved with music ministry his entire life.

“I was probably playing drums on Sunday mornings before I could say a full sentence,” he says, adding that he became a full time worship pastor at the age of 20.

Currently serving as a worship pastor at the Fayetteville campus of Cross Church, pastored by Dr. Nick Floyd, Schauer has made several partnerships throughout the years including the Southern Baptist Convention and Pastor’s Conference, The Lift Tour, Super Summer camps, and the Experience Conference in Orlando, Florida.

A painful journey with infertility with his wife, Chelsea, led Schauer to write songs for his debut EP, “It’s Not Over,” an album about healing from anger, depression, anxiety and confusion.

“There were many Sundays where I was angry at the same God I was encouraging other people to worship,” Schauer says.

The road to healing for the Schauers began when they opened their home to fostering, which led the couple to adopting the first children who were placed in their home, Liam and Bexley.

“My prayer is that my music, and the EP, will lead listeners into a place of confession, hope, and worship with the end-goal of breaking down walls and allowing God to invade every part of our lives,” Schauer says. “It’s my desire that believers experience Christ through worship in a fresh, authentic, and biblical way, and I hope that passion shows through every part of my life.”

Winning the competition earns Schauer numerous prizes and opportunities, including one of his songs being released to radio internationally by A-Sides Radio Promotion as well as PR services by INOV8 PR. Visit this link for a complete list of prizes.

A full list of winners, including quarterly winners, is below:
16th Annual Songwriter of the Year – Shane Schauer

About CM United
Formerly CCM Network International, CM United, which was founded in 2002 by Jeff McLaughlin, is a membership organization with more than 4,000 members, consisting primarily of Christian songwriters, singers, bands and worship leaders. CM United’s premiere event is its annual songwriting contests. The 17th Annual Songwriting Contest currently is underway. Learn more at ChristianSongwriting.com, like on Facebook and follow on Twitter and Instagram.