‘THE CHUCKIE PEREZ SHOW’ IS UNDERWAY WITH NEW EPISODES 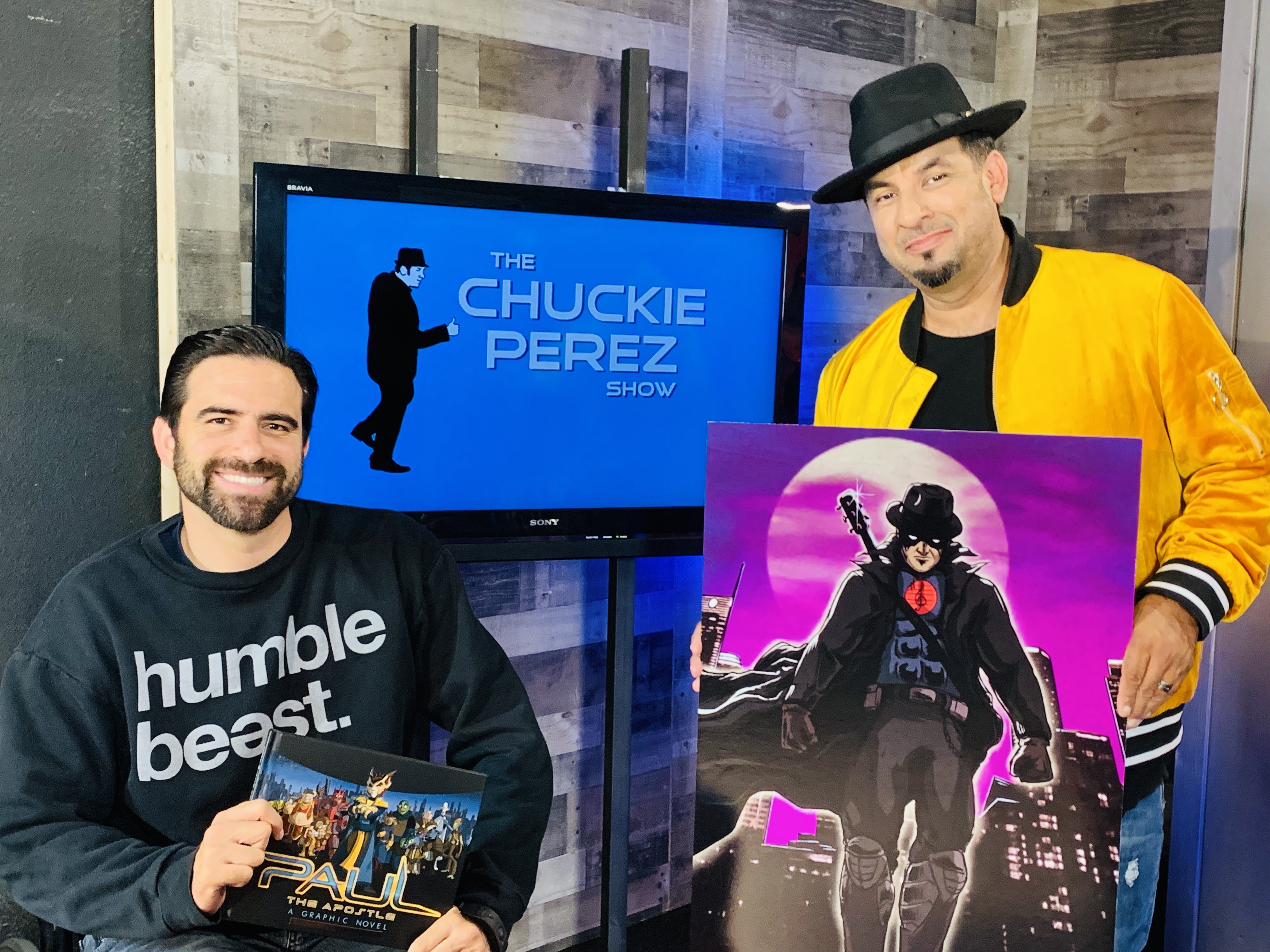 In the third season’s episodes, Hernandez will share details about the new show, “Faith on Film,” a weekly show hosted by Hernandez about what’s going on in the faith-based film world. During the DeMatteo interview, who is a guest on “The Chuckie Perez Show” following his panel appearance at Comic-Con, the comic book creator presents Perez with a unique gift he created, Chuckie’s alter ego, “Sharp G.” In the segment with Hardin, Perez interviews the author about his new published collection of poems titled “God’s Mail.”

In addition to the serving as host and executive producer of the variety show, Perez, the Christian singer/songwriter, recording artist, TV host and music and TV producer, who is also known as Chuckie P., is preparing to release his first solo music project in 14 years.